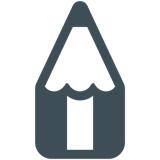 The benefits of children playing outside during winter

It is often assumed that when children are playing outdoors in winter months it brings on more flus and colds. The truth is that the flu and common cold are caused by viruses. Most colds are caused by rhinoviruses that are in invisible droplets in the air we breathe or on things we touch.

According to Segal-Maurer, it isn’t actually the cold weather that causes the common cold, it’s what we do when it gets cold out. “When the weather turns cold,” she says, “we all run indoors, where air is recycled and we’re often in close quarters with other people and viruses. We all sneeze on top of each other.”

At Little Pines, we encourage our children and educators to be outdoors throughout the year no matter the weather. There are many physical, emotional and social benefits of playing outdoors. Children increase their use of their whole-body movements not just to keep warm but to also engage in a range of gross motor activities including climbing, cycling, running and jumping. Self-confidence and risk taking along with being able to identify hazards also come when playing outdoors. Playing outdoors with friends and in groups develop the children’s sharing, turn taking and conflict resolution skills. With different temperatures and themes during winter children also broaden their imagination and dramatic play within their play space.

“There is something primal and deeply important about being outside. It doesn’t make any difference to the child whether it is hot or cold, windy or rainy, the outdoors beckons too them.” ~ Bev Bos.

Our flexible routine allows our well-trained educators to run an indoor/outdoor program throughout the day allowing children who want to be outdoors the opportunity to do so and vice versa. During the colder months children have the opportunity to be outdoors and feel the change in temperature, to see what nature does during the colder months. It is by being outside, at any time, that children are able to build connections with nature.

Help! Why does my toddler keep falling over?

Transitioning to school in 2022 and beyond.

Why can children eat well in childcare but be fussy at home?